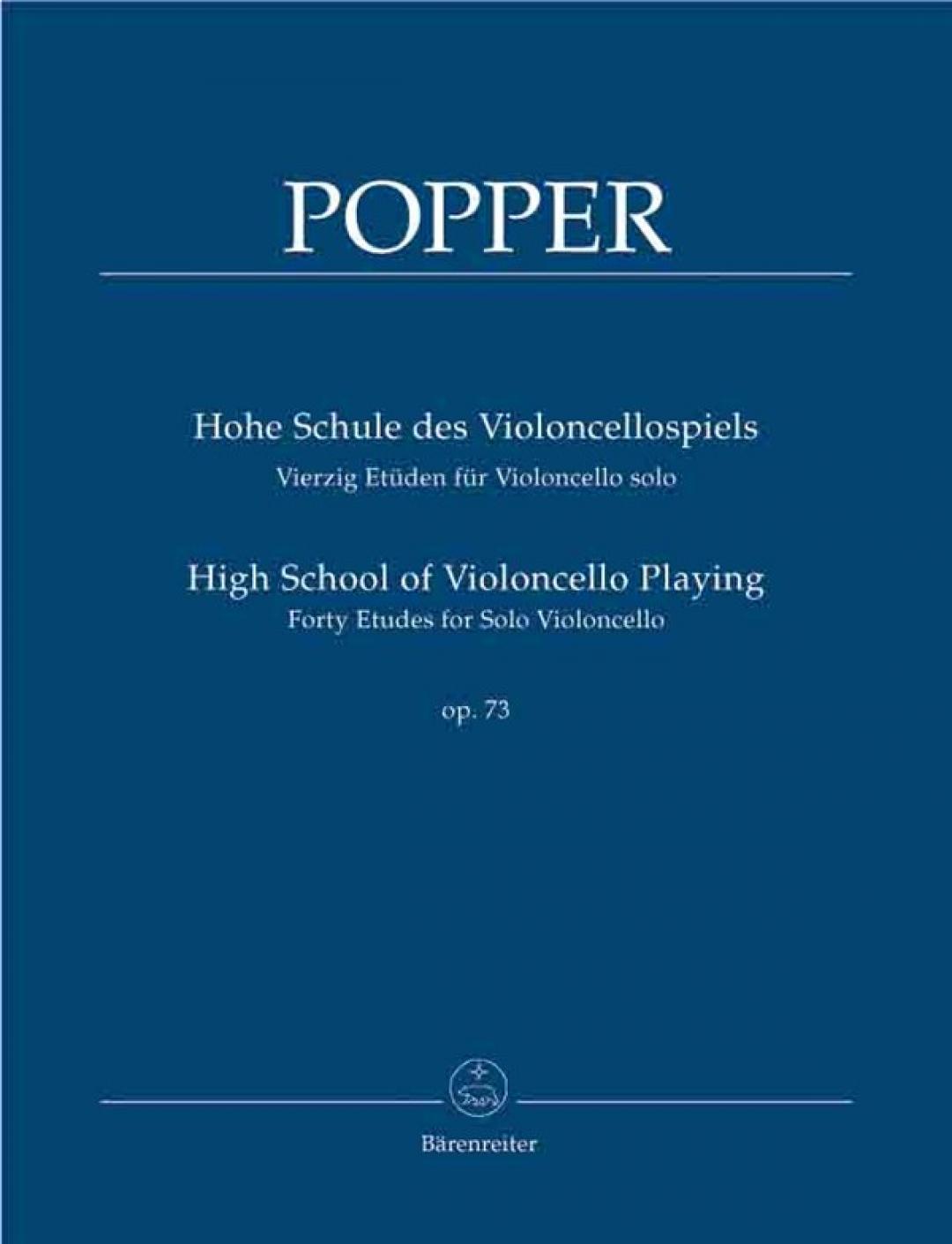 Naturally Popper's own edition of the early 1900s is completely valid and has to be looked at with only the highest respect. Yet I have seen a lot of players struggle with some of his bowings, fingerings and other ideas - and I have found more than a hundred obvious minor and major misprints in that edition. Every etude in general reflects the technical status of an instrument and its repertoire at the time of its composition, and the cello has been subject to a huge development over the last one hundred years. Other than with concert repertoire, a true "Urtext" edition of etudes does not simply reflect the composer's intention, but becomes a museum of instrumental technique of a certain time. The purpose of studies always has to be to increase the technique of a student, but naturally we want students to play in 21st century style, usually with a spike, with the elbows away from the body and on metal strings. We also want pieces to sound good. Thus the big task I set myself for that edition was to keep Popper's fantastic pedagogic methods to practise certain patterns and techniques but at the same time make all studies playable and sound good. I have tried to prove that even those Popper studies that so many young cellists loathe are in fact pieces of music, and mostly better pieces than they seem at first sight.

The first idea was to have Popper's orginal fingerings and bowings above the music and the places where I change things beneath - looking at some of the more complicated studies immediately showed us that this would not be possible because the page would be cluttered in a way that makes it unplayable. At this point it seems necessary to say that I have not changed the majority of things, but made very few alterations to Popper's markings (and in most cases commented extensively on where and why I changed things in the text volume). I do admit that in the very first print of this edition, there were some personal changes that were unnecessary (such as starting No. 1 with a harmonic) and I changed those back in the second print, only mentioning the option in the commentary. Generally, I am happy to see that there are places where people follow my suggestions and get it in tune while I am still waiting to hear students to get it in tune using Popper's fingering (such as bar 84 in No. 26 or bar 36 in No. 35, to mention two really small examples of many). What drives someone to write a rude letter to the publisher or a truly personally insulting review based on (I am not joking!) a single change of a fingering of an arpeggio chord from across the strings to down the A string, I do not know, but I cannot help feeling sorry for someone who seems to have nothing better to do. Without wanting to sound arrogant, I can only add that on my recording I have proved that I can actually play all these studies, and if my suggestions of how to achieve that are helpful to others, my main goal has been achieved.

My aim has always been to help Popper's genius as a pedagogue survive and make the etudes as accessible as possible for students, and somehow the overwhelming success of this edition show that I cannot have been completely wrong. To me, Popper seems to have gone through a huge amount of development during his own career, and all his writing shows the constant reflection of new repertoire he learnt and the development of his own and the general cello technique. I think it is now, more than one hundred years later, our duty to continue this reflection. If you have suggestions, comments, questions or additions to the commentary to make, if you have found better fingerings or bowings, contact me any time - as long as it leads to a respectful discussion within good manners, I am more than happy to hear from you. No, I cannot prove that Popper would not object to changes - but neither can anyone who claims he would.